What would be necessary for everyone not to think immediately of a person stumbling in the street and trying to grip the wall of a building, that he lost balance due to being drunk?  What is needed for a person wanting to use the elevator for disabled people in a building or on a bus [&hellip

What would be necessary for everyone not to think immediately of a person stumbling in the street and trying to grip the wall of a building, that he lost balance due to being drunk?  What is needed for a person wanting to use the elevator for disabled people in a building or on a bus not to be looked at disapprovingly? What would be needed for a person with a chronic disease hoping for positive discrimination in the labour market due to his partial incapacity for work not to be viewed as a burden, but a person worth being given a chance by others?

We are convinced that the answer to the above questions is: the provision of information in the first place, because lack of information is the most fertile soil for misconception and prejudice.  In the spirit of that, MSMBA’s aim has been since its foundation to shape public opinion by its own means, and to provide as much information as possible to people about the disease and the everyday life of patients. Multiple sclerosis is not a “grateful” disease: no matter that thousands are trying to fight it in our country, as compared to the total population few people are affected, therefore it is difficult to achieve for public opinion to keep in mind the problems and objectives of this community as a subject matter worth dealing with. This is a difficult but not an impossible mission: since the first press release announcing the establishment of the Foundation in 1999, we did manage to reach the point where in May 2009, within the scope of the first national public event of the World MS Day held at the seat of the Hungarian Academy of Sciences, and our spectacular event organized in the heart of Budapest, we could let the colourful balloons of the World Day fly up to the skies.

Our communication is not just about MS patients. When we hold press conferences, invite people to events, raise our voice in favour of accessibility, or – just as now – try to convey our message to as many as possible via a publication, we do not do this only for ourselves. For anyone may awake one day to find that they are suffering from MS. One day we also had to realise that, and it was not because we would have tempted our fate before that by our way of life. We are companions in this with all those, who are informed by their physician of a frightening diagnosis, or those who suffer irreversible injuries due to an accident that was not their fault. When we, MS patients, are fighting for a more human life, then we are fighting for all people who might suffer an unexpected health trauma, due to which his life familiar to him until then will turn around.
Therefore, we are fighting for all! 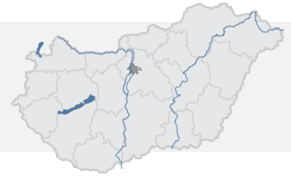